This review of  Female Erasure by Michelle Cretella, MD can be found at http://www.femaleerasure.com/

Editor Ruth Barrett is a courageous woman who has defied political orthodoxy in publishing Female Erasure: What you need to know about gender politics’ war on women, the female sex and human rights. Barrett’s masterpiece is an eclectic, incisive, well referenced analysis of the transgendering of society and its harmful impact upon women and children. Not only has Barrett swum headlong into the transgender tsunami, braving an onslaught of harassment, including death threats (as have many of her contributors), but she has also reached across the political abortion divide in the process. Barrett, like most of her contributors, is a feminist fiercely committed to abortion rights. Yet, she still approached me, President of the pro-life American College of Pediatricians, to request permission to republish my scientific statement on gender dysphoria in her anthology. As I had more conversations with Ruth and some of her contributors, I learned that radical feminist and conservative thought also overlap on pornography, prostitution, sex trafficking, the sexualization of children, and the negative consequences of society’s embrace of sex stereotypes. All of these, in turn, converge in the politics of gender ideology, as Female Erasure reveals.

Contributors to Female Erasure include physicians, mid-wives, therapists, academics, lawyers, mothers of children who have transitioned, and de-transitioning women who transgendered as teens only to discover in their late twenties that they had internalized such a degree of misogyny from family and society that they assented to a chemical and surgical assault of their bodies. Regarding the latter, they opened my eyes to the fact that many lesbian and bisexual women view transitioning one’s gender as a form of internalized homophobia. In other words, these de-transitioned women view their transgender experience as having been pressured into chemically and surgically impersonating a man in order to role play a heterosexual relationship with another biological woman.

Barrett’s compendium is categorized into six sections. The first and most important is Biological Erasure by Gender Ideology. These chapters highlight the need to make critical distinctions among the objective biological trait known as sex, the social construct inextricably tied to oppressive sex stereotypes called gender, and a person’s psychological gender identity. Also included are essays detailing the suppressed medical debates over transgenderism, particularly concerning children. The next several chapters are grouped under the heading Re-framing Reality and the Language of Erasure. This section contains essays particularly attuned to how normalizing transgenderism leads to the elimination not only of legal protections for women and children, but also of the very category of girl and woman under the law. Remaining sections include The “Violent” Female Body (a collection of woman-centric poetry); A Room of Our Own (essays that explore the beauty, privilege and need for female-only spaces and social gathering); and, finally, Personal Stories from the Belly of the Beast (accounts from women who went through medical procedures to impersonate men, as well as accounts of women whose husbands sought to impersonate women). All contributors are honest, most are passionate, some are palpably pained and angry, but none are hate-filled. All contributors desire to end unjust discrimination and violence against trans-identified persons, but they refuse to do so at the expense of women and children.

While conservative readers may balk at the underlying theme that the whole of Western civilization is an oppressive patriarchy in need of dismantling, I urge conservatives to approach Female Erasure with an open mind. Here is why: as a woman and a physician I recognize the debt owed to our feminist foremothers, and also know what it is to face unjust discrimination. In other words, despite worldview differences, there are experiential misogynist realities presented in Female Erasure that all can agree exist and that clearly contribute to the transgender phenomenon. More importantly, Female Erasure helped me better understand why we differ on other cultural issues and gave me new insight into areas in which we agree. For example, I was deeply impressed by the radical feminist conviction that we are sacred embodied sexual beings, and by the great reverence for a woman’s life-bearing power which flows from the latter. This is why radical feminists and conservatives, including devout Catholics and Evangelicals, can speak in one voice not only against transgenderism, but also against all other forms of sexual exploitation.

However, the greatest gift I received from Ruth’s invitation to be a part of Female Erasure was the opportunity to have civil and heartfelt conversations with fellow women regarding topics over which we sharply disagree: abortion, homosexuality in children, and same-sex marriage and parenting. Together we discovered that while we may never fully agree on these topics, we are more alike than we are different. We were able to see each other not as adversaries, but rather as fellow caring human beings with well-reasoned concerns and the capacity to see the other person’s point of view. We also uncovered certain aspects within these issues about which we agree. In today’s Culture War climate this very necessary dialogue is all but impossible. How beautiful and fitting that women should lead in forging this type of conversation; a discourse aimed at truth seeking rather than shutting our opponents down with ad hominem attacks and violence. Perhaps this is the silver lining in our joint battle against the transgender tyranny that ravages the bodies and minds of our children, and could legally erase half of humanity. At least, I hope that it is. To that end, I urge college students, educators, lawyers, legislators, physicians, and mental health professionals of every political stripe to give Female Erasure a close read. 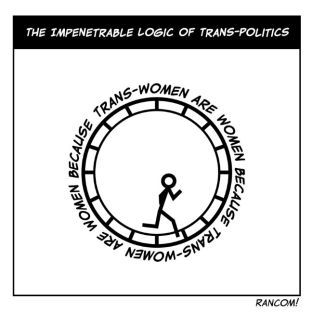 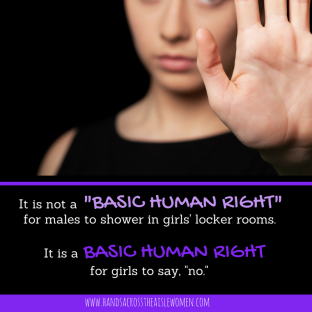 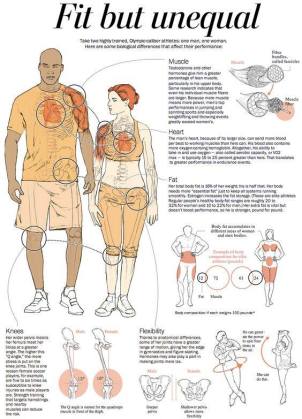 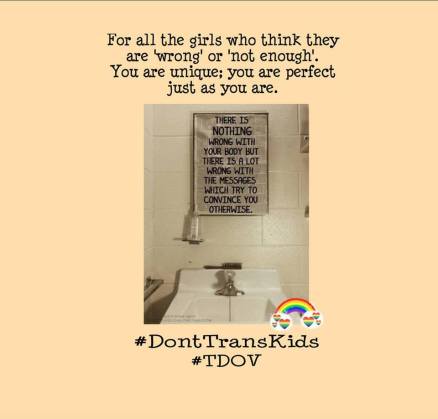