Stay-at-home mother of four, wife, feminist, and Hands Across the Aisle member from the UK, Kellie-Jay Keen-Minshull, has graciously allowed us to re-blog her account of being interrogated by police for opposing transgender ideology. Kellie objects to the sterilization of children through so-called “gender affirming” medical procedures and isn’t afraid to say so publicly on Twitter. She was reported to the police by Susie Green, the CEO of Mermaids UK, who took her own 16 year-old son to Thailand for “sex reassignment” surgery in 2010. Kellie now waits to hear if she will be charged with a crime.

We are proud of Kellie and we support her right to tell people things they do not want to hear.

I am defending my right to free speech.

My name is Kellie-Jay Keen-Minshull however you may know me as Posie Parker.

In March 2018 I spent 40 minutes being interviewed under caution for eight tweets spanning ten months. Susie Green of Mermaids reported me to the police and they obtained my contact details from twitter. I have not deleted any of these tweets and anyone is free to view them. They are not malicious, they were not false, the purpose is to inform and to challenge the current pro trans ideological climate.

I am now in a position of limbo whilst I await the CPS decision on whether to charge me. The potential charges are Nuisance, public order, malicious communications compounded with a potential hate crime.

This fight is not whether you agree with my views on transgender issues as much it is that you agree that I have a right to air my views, a right to voice an opinion, a right to free speech.

I am a 43 year old married mother of four, I am every woman, I am you.

I am raising funds to fund any legal costs I may incur and funds not used for this will be donated to a charity that promotes free speech, specifically in light of transitioning children.

Read on for Kellie-Jay’s description of her interrogation…

1st February I received a text message from a police officer in West Yorkshire asking for me to get in touch. Not believing that our police force is so strapped for cash that this would be a genuine text I ignored it. Later that day when driving down the lane from my house to the supermarket I noticed a few missed calls from the same number. I pulled over and returned the call.

A policeman in a friendly Yorkshire accent told me that Susie Green, CEO of Mermaids, had reported me to the police and that the police had got my details from Twitter. It had taken them some months to attain it and the report had been made July 2017. He said this was the topic of conversation around the dinner table, and he could understand my point of view as he has a teenage son. He also, rather troublingly, said I was a test case. He joked about this new “human rights” fight and compared it to both gay rights and black rights, I explained that lesbians had never asked to be called straight and black people didn’t want to be white both fights were about the dignity and respect as human beings and equal rights. Trans rights are not the same, these activists seem to want to gas light us all into saying black is white. Who really believes that trans women are women? He also mentioned an officer in his office transitioning and something about new pronouns, I asked if that officer would be searching female suspects, he laughed and said he didn’t know. So the police force are more worried about what pronouns to use for this officer than the rights of females he may or may not search.

A solicitor got in touch with the force for disclosure. The attitude of the officer wasn’t quite so friendly in our next call. At the end of a very short call in which we arranged when I would be interviewed he mentioned, for the second time, that if I didn’t attend I would be wanted. I asked him what this meant. He replied that if I tried to leave the country I would be arrested, that if I was pulled over whilst driving I would be arrested and that if the local force had to come to my house to arrest me that I would have to wait some time in the cells as he would have to come down to Wiltshire from West Yorkshire.

I may remind everyone here that I am a stay at home mother to four children and that I am a wife! I’m not Jihadi John, I am not part of a grooming gang or paedophile ring, I haven’t hurt anyone or abused anyone. I am a woman with an opinion.

I was forwarded the disclosure, pages and pages of Susie Green’s life story and not remotely relevant to the case. She accuses two other people beside me but I’m the only one that resides in the UK and so I am the target. The report consisted of eight tweets six of which mentions Mermaids spanning October 2016 to August 2017. The main gripe Susie has is that I refer to castration in my tweets about her son. It is not news to those who are familiar with Susie Green that she did take her son to Thailand at sixteen to get SRS surgery which involves castration, clearly. Jackie Green’s own words as detailed in the Daily Mail. “ I was prescribed ‘blockers’ by a doctor in Boston when was I was twelve.” “And so, aged 16, Jackie Green became the youngest person in the world to undergo transgender surgery. ‘Without that surgery, I wouldn’t be here now,’ she says bluntly. ‘I’m a girl, I always have been – there’s never been any doubt in my mind about that. It’s just that my body didn’t match because, as far as I’m concerned, I had a birth defect.’

I met with my solicitor and his fabulous PA the week after. There’s something indescribably exquisite about a very well spoken older gentleman reading out some of my tweets. This should be a regular feature on youtube somewhere! I often tweet with sharp language to add acerbic and unforgiving sentiment at times. I tweet to inform and to allow people too frightened to speak up that they are not alone, their concerns are shared, that its okay not to go along with the current trend of pretending biology doesn’t exist. We are many in number, mainly talking in hushed voices and closed groups. I speak out in a democratic country where I understood free speech still existed.

On 23rd February I attended a police interview. My face weighted down with make up, my hair perfectly curled and my expression one of righteousness the interview began. A PC and a civilian hate crime officer were present. They did a bit of a ping pong style questioning and, although it killed me, I did a confident “no comment” as I looked each directly and defiantly in the eyes. I sat feeling angry and with a weird sense of entitlement, I wanted them to see that I was not afraid. At one point the hate crime officer put to me, with his terrible lower jaw of crowded teeth, “you are factually incorrect about sex reassignment surgery, this does not involved castration” I held a smile behind my steely expression and replied “no comment”.

[ADDED BY HATAC EDITOR: Interestingly, according to a tweet from West Yorkshire Police, their force recently underwent a Mermaids UK diversity draining on gender-diverse and transgender children.] 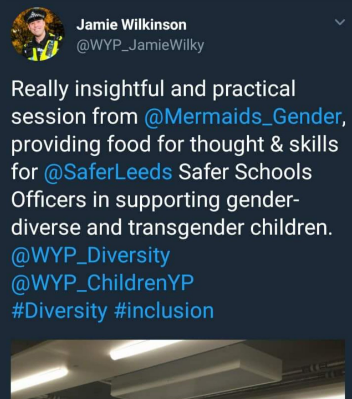 I sat and listened to the entirety of both statements made by Susie Green, the life story, the accusations and the loose grip she seems to have on reality. They asked if I understood what hurt and upset I caused, if I would be upset, if I would say it to her face? I replied no comment, but I would, I would say it to her face, I would say it with more words and demand answers. If presented with that woman I would tell her exactly what I think. People that have known me for any length of time would be in no doubt that I do speak out if I see something is unjust. I am *that* woman, I intervene, I confront, I speak up. I was accused of being transphobic for referring to Janet Mock, an American trans activist who claims prostitution is route of passage for “trans girls” in their teens, as Mr Mock. The officers also asked me if I knew other people named in Susie’s complaint, as if to try and frame my objections as a conspiracy.

Rather than transferring notes and being interviewed by local police West Yorkshire police insisted on interviewing me themselves and two officers spent the night before my interview in a local Premiere Inn.

I will not kowtow to an ideology that demands I cannot speak the truth. I will not be compelled to say a man is a woman, or that sterilising children is okay, that encouraging kids who don’t fit in or who struggle with their identity that a good solution is puberty blockers and cross sex hormones and a life time of drugs. I will not pretend that I think a charity courted by the police, children’s charities and even the Royal family is one with great outcomes for all children it touches. I will not pretend that a woman who circumvents UK law to give her son treatments not allowed in the UK is right or good.

16 days after the police interview I am sat at home in limbo.

I am a test case.

This fight is just beginning. 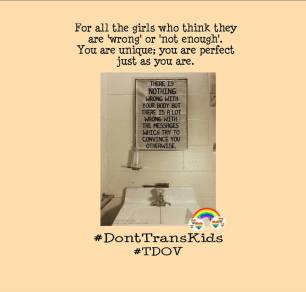 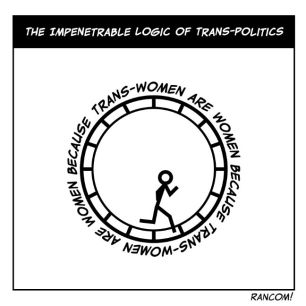 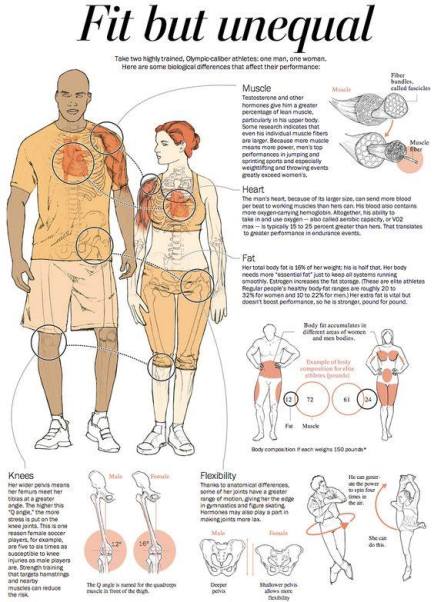 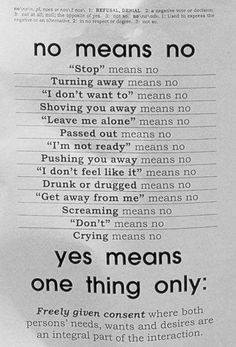 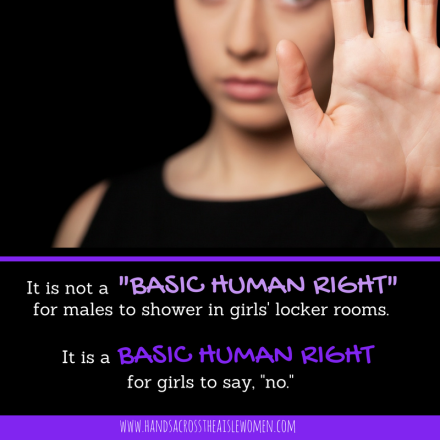