This past Friday, May 3, 2019, a Media Matters author, Brianna January, wrote an article about the appearance of the Heritage Foundation’s president, Kay Coles James, on Shannon Bream’s Fox News show, to discuss James being deplatformed from Google’s artificial intelligence oversight board. The article was illustrated with a picture of James where her face, and particularly her eyes, had been obscured by angry, red scribbling.

While this sort of juvenile, dehumanizing abuse is common fare from internet trolls of all persuasions, it’s something else when an organization that leads the tone of media coverage across the left finds it acceptable.

If a conservative organization of Media Matters’ stature and considerable influence had posted a picture like this of a prominent woman on the left, let alone one who was among the first wave of black students to integrate a segregated school, that organization would certainly be accused of inciting hatred. Media Matters would probably lead the charge.

If a conservative organization of Media Matters’ stature and influence had done such a thing, as part of a multinational, political push by abusive men to silence and intimidate women, Media Matters would have connected those dots. They would maybe have pointed to something like those vicious, red scrawls over James’ eyes and said that they were a tacit promotion of abuse, if not an escalation of it by making it mainstream and respectable.

Here are the last few days in gender identity activism, in the English-language press and social media:

The same day January was crossing out James’ eyes, Hands Across The Aisle co-founder, Kaeley Triller Harms, was suspended from Twitter for accurately describing the harassment of a woman by a litigious UK man. To the contrary, female members of the Scottish Parliament noted that Twitter consistently provides a home for the harassment of women, and statements promoting violence against women, including themselves. 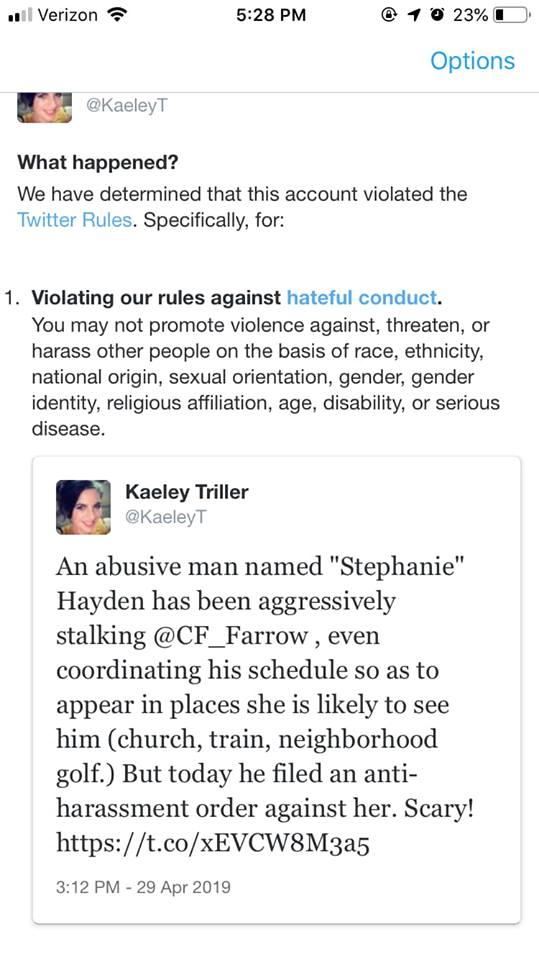 This weekend, in the UK, gender activists have seen to it that women were removed from a Pride parade over signs bearing slogans like, “lesbians don’t have penises.” When a feminist from New Zealand expressed concern over this, a UK man who calls himself LesbianPaula on Twitter described it as “wholly appropriate” that women who don’t believe in human sex change be removed from pride to keep men like himself “safe.”

I’m sure we’re all glad that Paula feels safer for having peaceful, unarmed women hauled away by police for the terrible crime of holding up signs bearing factual statements.

This was not long after Stonewall, a UK LGBT charity, called the police on lesbians peacefully protesting the harms the organization’s gender identity policies are perpetrating on women and girls, on Lesbian Visibility Day, and a black woman holding up a banner defining the word woman as, “adult human female,” was called the n-word at a May Day rally by white activists who were offended by her sign.

On the UK employment law front, a trans-identified male is suing a UK newspaper where he worked, The Times, partly on the basis that articles they published dissented from the belief that human beings can change sex. Meanwhile, a UK tax policy expert has been fired from her job for stating concerns about the dogma of human sex change on her own social media account.

In Australia, a prominent feminist was prevented from publishing in the media that the founder of the new Australian Women’s Party is a man who claims to be a woman. This fact was deemed insensitive to the transgender community’s feelings. The feelings of women, who might reasonably expect that something called The Women’s Party was founded by a woman, were apparently not considered.

The gender activists who work at Media Matters claim to have no idea why women have an interest in defining a woman as an adult human female, rather than including any man who says he’s got a gnostic sort of woman feeling, no matter how many examples anyone lays out. They seem incapable of hearing women’s genuine concerns about self-identification of sex from anything other than an oppositional, partisan lens, where women from either the left or the right become their enemies as soon as we say that we’re worried about women’s safety and privacy.

Media Matters seems to expect women to see the gender activist community as the leading edge of the quest for a better world. When women persist in looking at aggressive, male behavior in their ranks as a threat — such as when Tiffany Michelle, known as the GameStop Ma’am, recently posted a gory meme captioned, “Me and the boys beheading the local TERF and mailing the f*cking head to her family,” — Media Matters doubles down on calling us “TERFs” and pretending to be ignorant of how anyone could possibly be offended.

We won’t hold our breath for Media Matters staff like Brianna January, or Parker Molloy (famous for telling a suicidal person to “drink bleach,”) or the people who hired them, to start caring what women who disagree with them think. Like other organizations on the left, they’ve abandoned women.

But human beings can’t change sex, and there are a lot of consequences to suggesting otherwise.

Gender extremists can make all the angry scribbles on women’s pictures, share all the nasty memes, call all the police, yell at all the people, change all the records, and file all the lawsuits they want. Men are male. Women are female. That’s the truth, no matter how unfortunate it may seem.

Women can see what’s going on here. We know this could be any of us if the mob turns just a little. 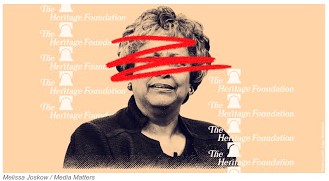 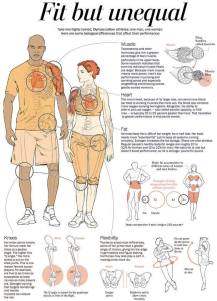